I started learning to play the Bassoon in 2015 as part of Making Music's Grade 1 Challenge: to learn to play an unfamiliar instrument to ABRSM Grade 1 within a year*. I have combined this with my 2 previous blogs, and will write about a variety of topics, some of which may be bassoon-related.
*(I passed with Distinction.) 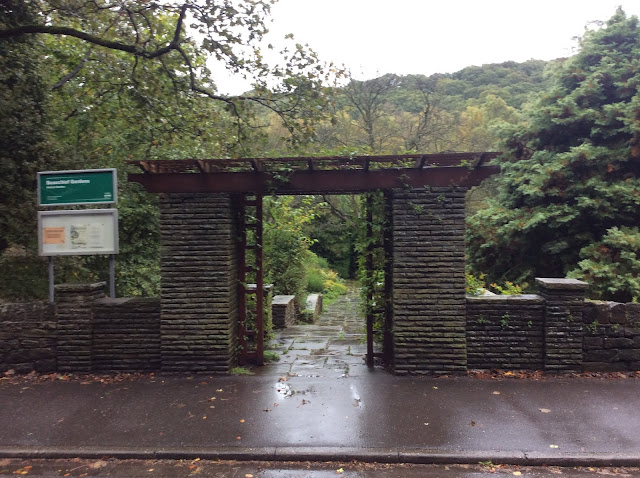 When I was little, my mother used to take me on a walk through Millhouses Park. Sometimes we'd go a little further, to a lovely little park called Beauchief Gardens. It was so neatly maintained and peaceful, almost like a Garden of Remembrance. It had a drinking fountain and a sundial, and trellised roses. It even had its own gardener. 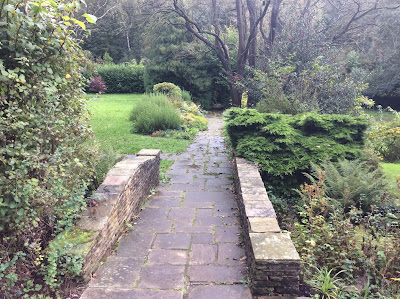 I visited Beauchief Gardens today. The drinking fountain is broken. 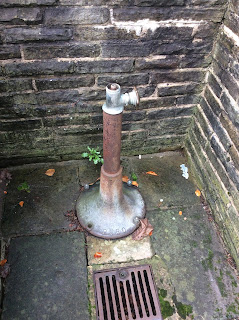 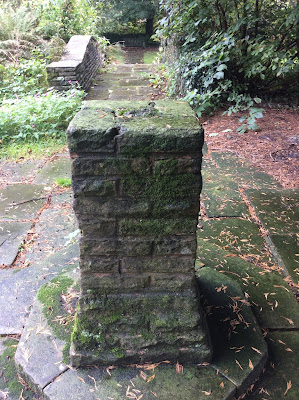 This is all that remains of the sundial. 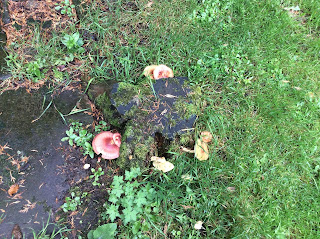 Which is not in itself a bad thing.


The general impression on this dull October day was somewhat gloomy. 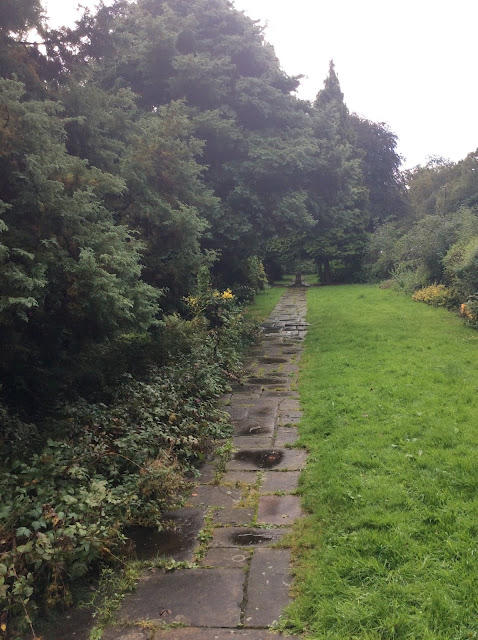 The little stream, the Limb Brook, a tributary of the Sheaf, is overhung with branches and ferns. 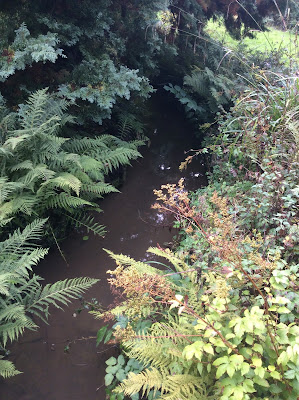 It feeds the dam which powers the restored water wheels of Abbeydale Industrial Hamlet, and provides a haven for water fowl. 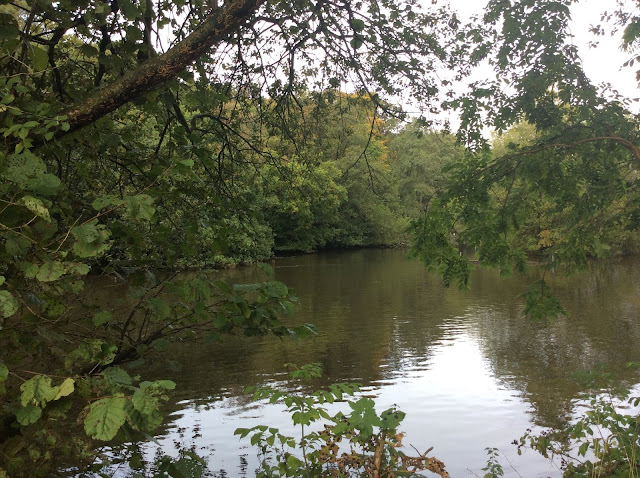 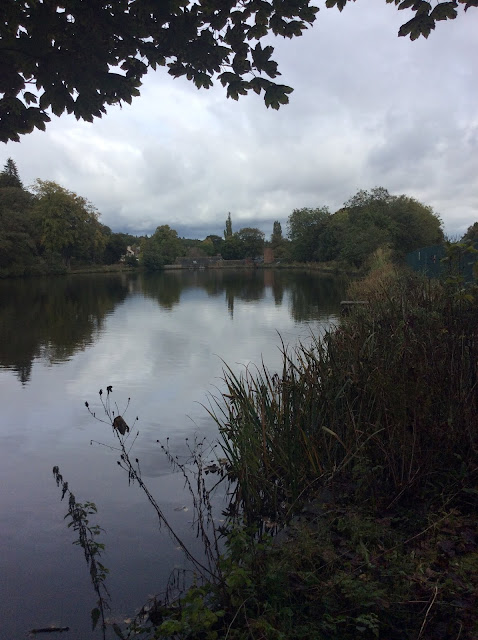 Beauchief Gardens was gifted to the City of Sheffield by Alderman JG Graves in 1935. 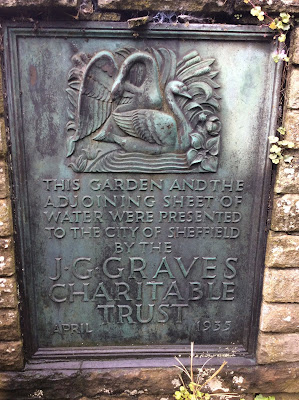 I remember there being swans on the dam when I was a boy, and, perhaps because of the nearby railway line, confusing the words "cygnets" and "signals", to the amusement of my relatives. 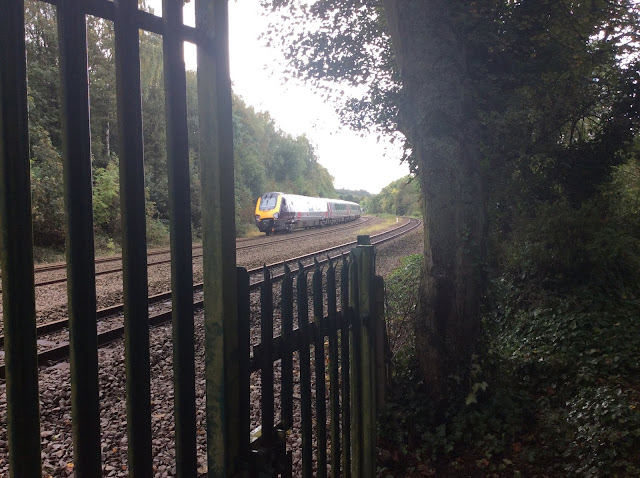 The gardens fell into disrepair due to council cut-backs, but since 1990 they have been maintained by a group of volunteers, the Friends of Millhouses Park. 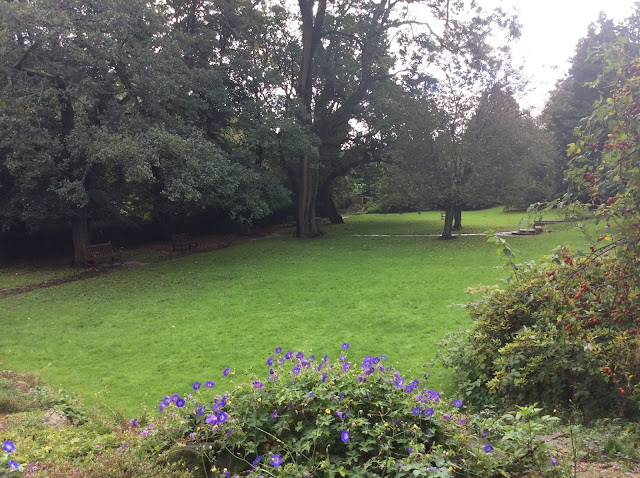 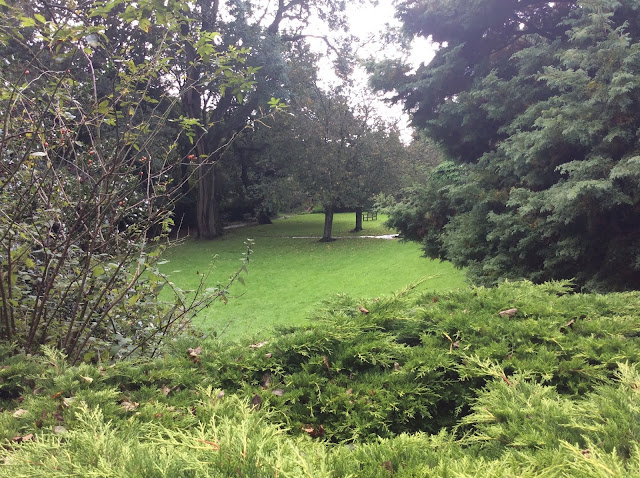 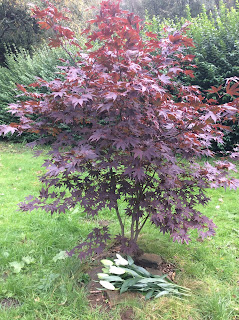 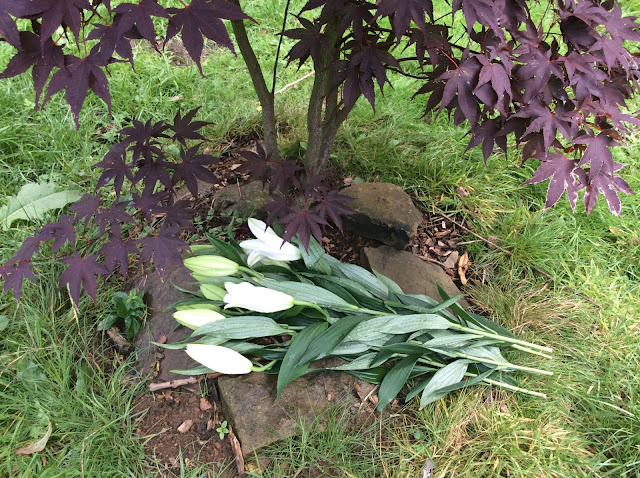 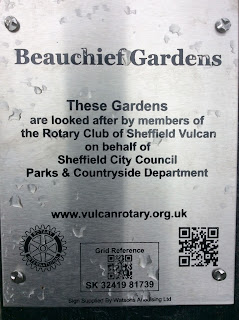 Posted by tykewriter at 15:32 No comments: